Last year, Kin suggested to organise birthday party for his lovey, Pooh Bear. He even set his pooh bear’s DOB to 17 March as it was the same day when he proposed his bear’s birthday celebration.

Suggested Kin to draw out all invited guests to pooh bear bear’s birthday party this year. He drew one by one slowly. Also suggested him to draw the snacks which pooh bear likes and he immediately drew the green tea kitkat (which is Kin’s favourite).

Suddenly Kin said this year is pooh bear’s Grand Birthday. Thus, I have to buy him bigger gift this year. I told Kin that I would buy pooh bear a box of lego and he quickly asked for Rockman Lego. What a smart boy! 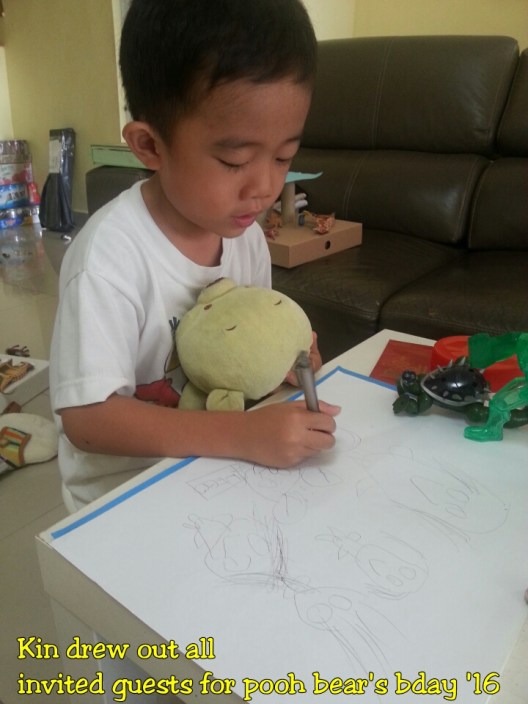 My Hippo School All Rights Reserved
Design and Develop by ClassicTemplate